Subscribe to Our Newsletter
By fearfuldogsPublished On: December 21st, 2009 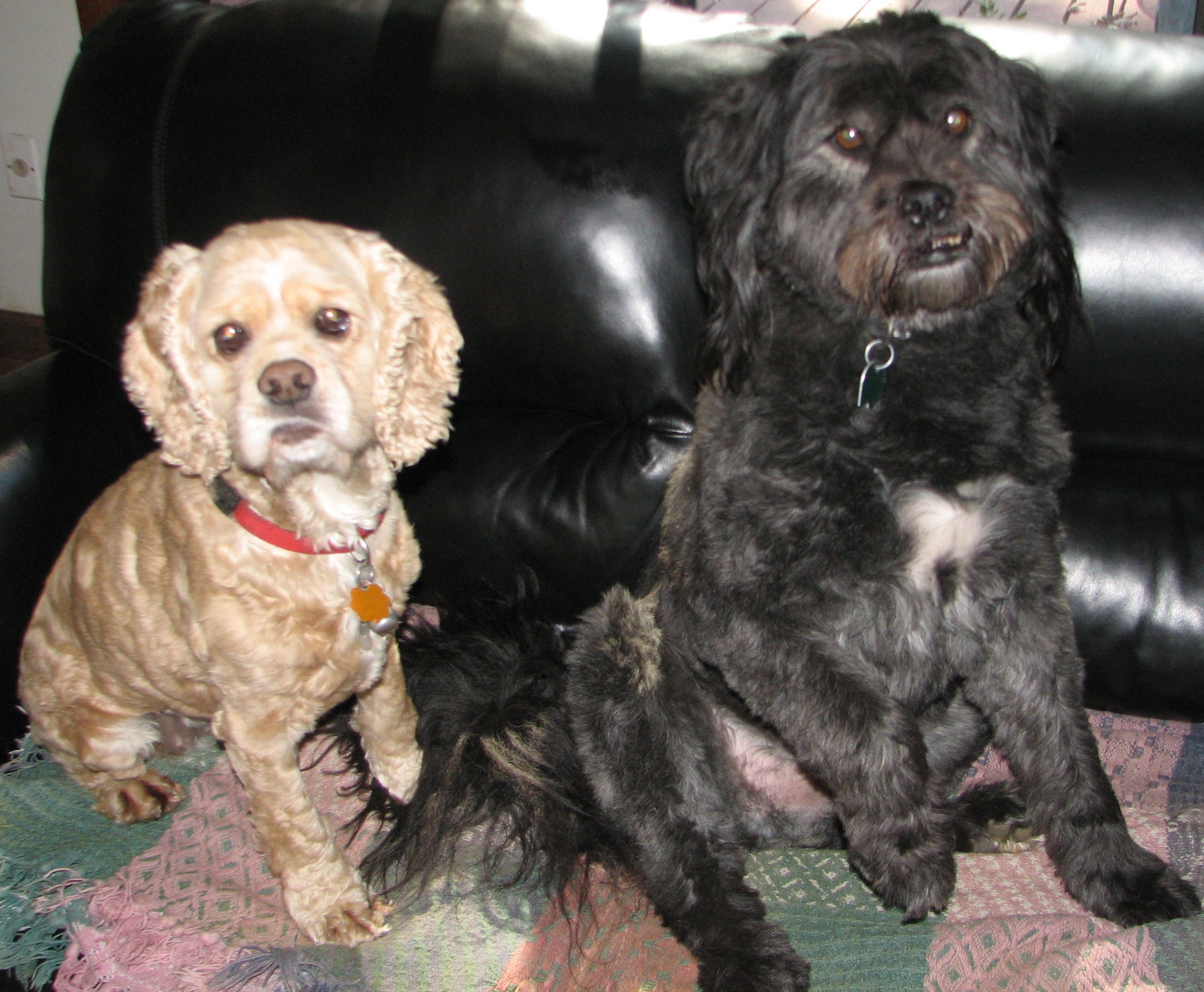 In September I adopted a six year old female, buff cocker named Annie. In June my 12 year old female, buff cocker Sabu had been struck and killed by a car. I was bereft. I knew I could never replace her but the void left by my cuddly, sweet cocker loomed large for me. With three other dogs in our home it wasn’t as though we ‘needed’ another dog, but like an addict, there I was cruising the pages of Petfinder.com looking for my doggie fix. Annie looked enough like Sabu to snag a piece of my broken heart and she was being fostered by the good folks of Lucky Pup Rescue in Maine, near enough for consideration.

I knew that just looking like my lost girl was not a good enough reason to adopt and wanted to be sure I was also getting a dog that would be comfortable in our home with other dogs. Living with one ‘project dog’, my scared boy Sunny, is enough. I listened for all the euphemisms commonly used to describe dogs with behavioral challenges; not good with kids, would be best as an only dog, takes time to warm up to people, needs a quiet household, prefers to be with people, etc. What I heard was that Annie, though initially reactive to new people and dogs, quickly recovered. I believed (and still do) that the reasons she was being given up had nothing to do with her behavior, and decided to bring her home and see how she did.

The description of Annie’s behavior was right on. When new people or dogs appear on the scene she goes into offensive mode, straining at the leash or rushing toward them, barking and lunging, doing her best to warn the intruders off. If her message is heeded she eventually settles down, but if another dog responds in kind to having a dog yapping in their face, the potential for a fight escalates. Unlike my other cocker who would give a growl and move away when other dogs got too inquisitive with her, Annie moves in. She did recover from her initial arousal within a few minutes and I decided that it was a behavior I was willing to work with. Compared to Sunny this example of a fear based behavior seemed minor.

With a behavior display like Annie’s it is almost reflexive to raise your voice, shouting to get the dog’s attention and pulling back on the leash to keep her away from her trigger. This is more likely to contribute to the inappropriate behavior rather than correct it. The first thing I needed to do was to teach Annie to look at me with as little prompting from me as possible. Since she had been loved and well treated this was easy to do in situations without any distractions. Getting that attention when new people or dogs appear on the scene has taken time and practice but her volleys of barking and lunging have consistently become shorter.

I have learned to set up situations so that Annie can practice and succeed at being close to a new dog without snapping in their face. With a baby gate separating the dogs, or keeping both on leash, out of reach of each other, I reward Annie with high value food treats for either looking at the other dog or looking at me. She has learned that new dogs on the scene mean something tasty is about to happen and I can see her struggle with her conflicting emotions; a desire to eat treats versus anxiety about the new dog. It is becoming easier to distract her when I see her freeze and stare at an approaching dog, preparing to launch. With time I expect that her anxiety will be overridden by the good feelings she is experiencing because of the treats. She is also practicing a new behavior, looking at me and not barking at the other dog.

Annie has a prejudice against unknown people and dogs. She is no more to blame for her emotional response than I am when I have to pass a group of unknown teenage boys hanging out on a corner doing their best to look and act tough. I have the choice to cross the street and avoid the boys or walk past, smile and say hello. I want Annie to know she has a choice as well, move away from what scares her or greet it politely. From my own experience either of these options leads to a lessening of my own anxiety, and when I do choose to interact with those boys, I find they usually smile and greet me in return.