How Bad Is It?

Subscribe to Our Newsletter
By fearfuldogsPublished On: September 17th, 2014

For those who choose to follow what is called the “humane hierarchy” when training animals (guidelines created by far better minds and more experienced minds than my own) there remains confusion among the ranks. In the hierarchy created by Dr. Susan Friedman, some note that because both negative reinforcement and negative punishment are presented on the same level they must therefore both be of equal invasiveness or aversiveness. This assumption then leads to debates about whether trainers who routinely utilize negative punishment have any right telling people who routinely utilize negative reinforcement that they shouldn’t be.

Few would would argue that there are not degrees to which something is aversive enough to either increase or decrease behavior. My desire to stop getting wet in a rainstorm is likely different in mid-July than it is in mid-February but the observable behavior will look the same, I’ll put on a raincoat. Since it’s my behavior I feel safe in assessing how aversive I found getting wet at the time. I should be cautious to assume I can attain the same level of certainty when looking at an animal’s behavior. There are those among us with the experience with the species and with an individual to assume (guess) correctly. But that’s not a recommended practice among professional trainers who use behavior to guide their choices when training. That’s what the humane hierarchy is for.

Accomplished and ethical trainers do not punish unless they have adequately provided the animal with information to understand how to behave to get positive reinforcement. It’s not up to us decide how bad something is or isn’t to a dog. It’s up to us to develop the mechanical skills to be good trainers using positive reinforcement and the technical understanding of how learning is impacted by consequences. While we’re doing that this roadmap provides us with good information to guide us. 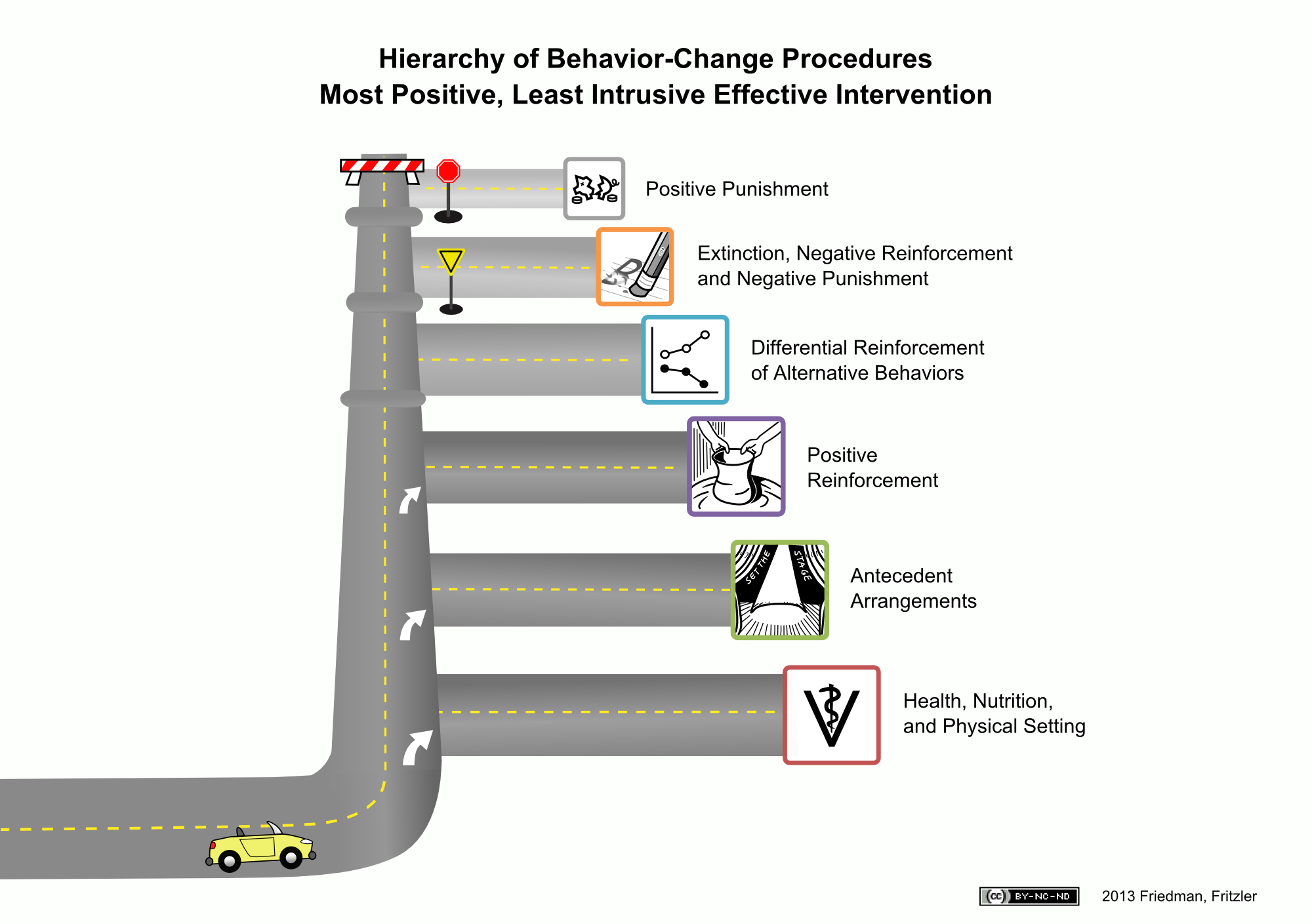