I want to hold your paw

Subscribe to Our Newsletter
By fearfuldogsPublished On: February 14th, 2011 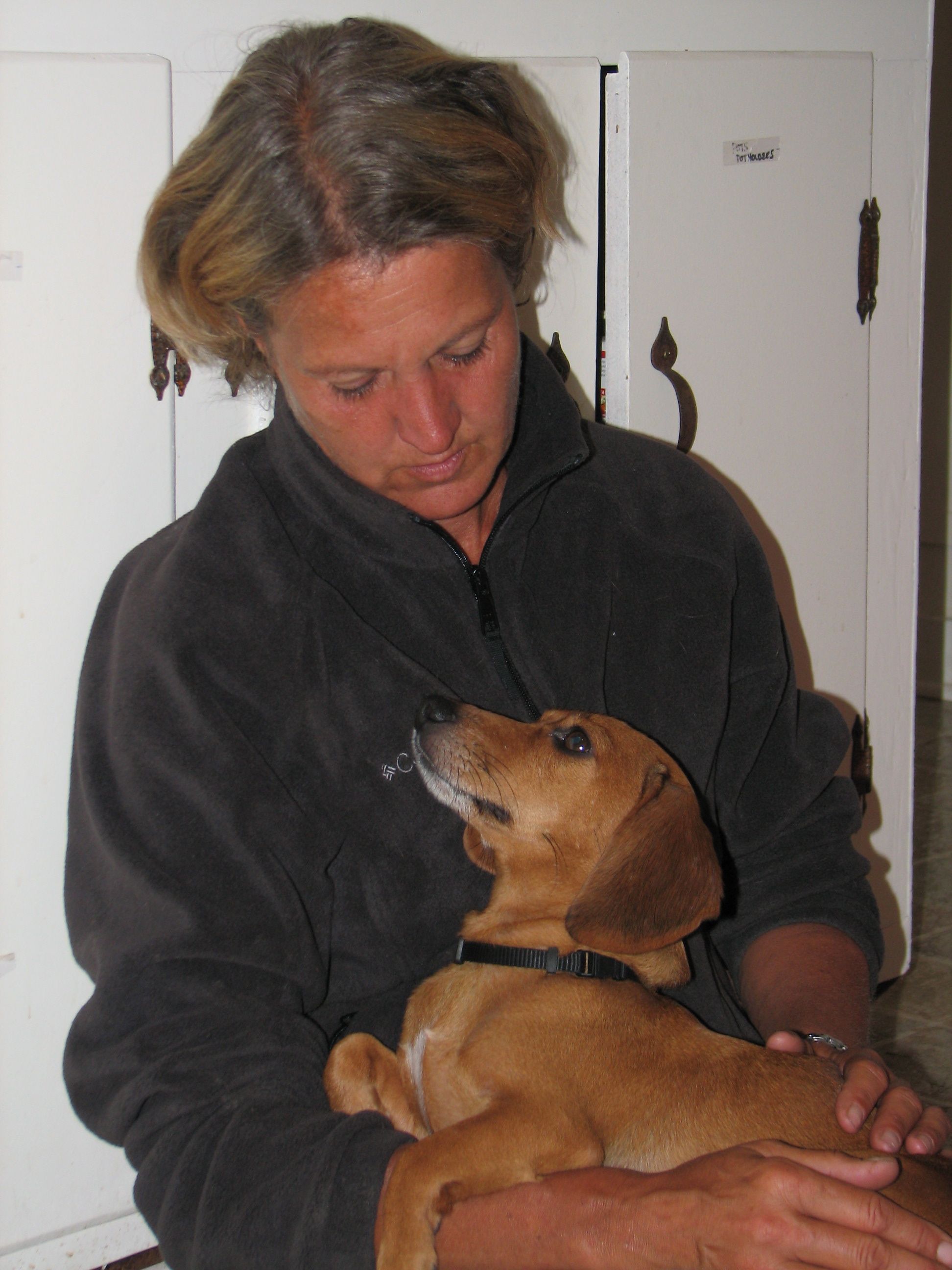 I’m not one of those people who easily interacts physically with people I don’t know well (in case you were wondering). Despite years of living in California, I still resist hugging people I barely know and because of the germ theory, prefer not to shake hands. I can do both of those things without distress, I’d just rather not.

Years ago I was on a flight which due to inclement weather was forced to land in Boston, rather than Hartford. The airline put us in taxis to drive the 2 plus hours back to our originally scheduled destination. I was sharing the ride with a woman who had also been on the flight, and we exchanged pleasant small talk and lamented the turn our travel plans had taken.

The driver, clipping along above the speed limit began to rifle through a briefcase on the seat beside him. I immediately felt concern and when he put the briefcase on the dashboard so he could get a better look inside it, leaving his view of the road mostly obscured. My eyes went wide and I glanced at my seat partner who shared my dismay. Before we could complain, in the fog ahead of us brake lights suddenly appeared and our driver hit the brakes. Without a word shared, or any thought, the woman sitting next to me reached out to grab my hand, which was already on its way to grab hers.

Holding hands with someone was not going to change whether or not we slammed into cars ahead of it, but when our hearts started racing and adrenalin coursed through our bodies, we reflexively sought out connection with someone. Babies and young animals can be observed doing the same thing when frightened by something. Who would turn their back on a toddler reaching up for reassurance and justifying it by explaining that they ‘need to learn to deal with’ creepy clowns, slobbery dogs, or other toddlers wielding plastic baseball bats? Why allow puppies or dogs to be similarly scared and overwhelmed and left to face their horror all on their own?

We want our scared dogs to look to us for reassurance and guidance. Leave a fearful dog on their own to deal with something scary and they will come up with their own solution, which for many can come to include behaving in an aggressive way. I am not in control of my dog’s nervous system, and when he is frightened, neither is he! What I am in control of is his environment and what he experiences (to some degree) and by manipulating the things I can, can have an affect on how easy or difficult it will be for him to learn new skills, so he can make good choices on his own.

Some dogs may not want to be handled when they are afraid, others may find reassurance in having a trusted compatriot with them. I always try to remember that frightened dogs can’t control their response to a trigger, but I can control my response to my dog and in doing so just may help speed up how quickly he recovers from a fright.