Staying At The Party

Subscribe to Our Newsletter
By fearfuldogsPublished On: December 6th, 2013

“And while I was writing this in response to someone’s question … I was booted from that group ..lol nice Let me tell you what happens every time I state something I believe… I’m abused. I’ll be part of a discussion and before you know it I’m getting bombarded with nasty emails and become everybody’s example of ” what not to do” you’d think instead of ridiculing me for some of my beliefs there’d be someone curious to know how I came to those beliefs… You think I enjoy being hated by my peers? Trust me I don’t but there’s no way around it. When i pose the question ” is it possible to get 100% reliability recall using all positive ” I’m actually hopping to learn something… I’m not looking for a fight. My dogs are reliable with recall , and as a result they have lots of freedom . However the only way I can ensure reliability is with remotes.. Even though the remote NEVER goes past 1. (The lowest setting ) it’s still technically still a shock. I can’t imagine getting 100% reliability without the remote as backup. However if there was a way I’d absolutely change my opinion and switch over.. It’s not about ego for me it’s about making my dogs as happy as I can nothing more… Sorry for the babbling.”

I’m not sure why I have received this message from you. I don’t know you and so wonder if it was meant for someone else, is spam or trolling. But I will take it at face value, on good faith, and will attempt a response. 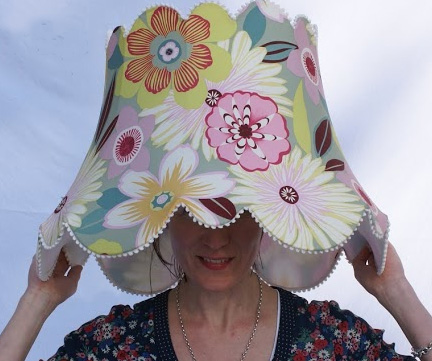 want? Are you honestly seeking answers to your question about training reliable recalls without aversives? Are you an e-collar advocate out to espouse its benefits anywhere, to anyone, at any cost? If it’s the latter I return to the first question. Do you also go to dinner parties and try to convert people to your religion or diet regime, continuing even as other guests pick up their drinks and scurry away from you? Either you want to be at the party or not.

There will be different cultural “rules” at different parties. Frat house parties will allow for certain behaviors that a party with the table set with 3 forks and 2 different spoons would not. I for one would not go to a frat party and try to get the guests to put napkins on their laps before they eat their pizza. Nor would I put the table center piece on my head at a formal gathering regardless of how funny I thought it was. Not if I wanted to be invited back anyway. If I felt that not being able to put the table center piece on my head cramped by artistic freedom or inner child, I would have to seriously consider my choice to attend such parties and the judgement I was using to come to that decision. If I felt very strongly about dining etiquette practices for Delta Phis (or whatever the heck those frats are called) I would consider how well my approach to disseminating information was working or likely to work. Obviously not very well if I was having the door slammed shut and locked behind me after being pushed out of it. If you are indeed looking for answers and not advocating e-collars you probably need to look at how you are saying what you are saying if so many people are missing your point.

The question you are asking, regarding achieving 100% compliance is a disingenuous one. There is no 100% in behavior. We can only predict the likelihood that we will see more or less of a particular behavior based on the consequences for the animal. The makers of e-collars are aware of this and many include a “bump” button that will raise the level of the shock (or stim if you prefer) a set number of levels. If the dog does not respond to level 10, hit the bump button and they get level 30. If we could get 100% at level 10 why the need for a bump? What happens when we don’t get 100% at level 30? Onward and upward?

I would also need clarification as to whether we are talking about using an e-collar for training or management. Many trainers and most pet owners are using them as a management tool, not a training tool. If what you mean to say is that you use an e-collar to replace a longline or fence, I think we should make that distinction. There is no 100% even if an e-collar has been used in training (or for management, dogs are learning when being managed). Any behavior, in the absence of a historic reinforcer or punisher is subject to extinction. The trainers who I have seen who use e-collars more effectively and humanely than most (and there are unfortunately few of them around if what is routinely posted online is any example), rely on positive reinforcement to build and maintain behaviors, i.e., they don’t need to use shock to teach or maintain the behaviors they’ve taught the dog. Many trainers and owners can’t get a reliable recall from their dog because they have failed to provide or stopped providing positive reinforcement for the behavior. They may be “rewarding” the behavior, but they are not reinforcing it and they don’t understand the difference.

I recently attended a training seminar and had the opportunity to learn from people who train birds. The birds are fully flighted and many are taken outside for exercise and enrichment. Flocks of parrots without a bit of hardware on them (nor were they trained using any), and not starved, are allowed to fly around as they like. When they are cued to return to their handlers they do, close enough to 100% of the time for the handlers to continue the practice. Pretty impressive for a creature not touted as “man’s best friend,” the animal who is saddled with an increasingly available array of equipment in order to teach or maintain behavior.

The other fly in the ointment as far as 100% goes is handler error. Batteries go dead, contacts aren’t made, remotes are turned off, a behavior occurs and by the time the handler reaches into their pocket the opportunity for training is long gone and they are instead merely providing a consequence to whatever behavior happens to be occurring at the time they press the button. It may suit their needs or not, but it’s not good training. I also have to question an e-collar which is designed so that level one works for a dog. One would assume that using the lowest level of shock possible to get what they need would be preferable. If there is no lower setting available how can they be sure they are doing that? I can’t help but wonder why the commitment, in the face of social media shunning (if that’s as aversive to you as you seem to trying to say), to promoting an aversive with a high potential for misuse as a training tool, or advertising the use of one?

If you are looking to learn how one achieves high levels of compliance without the use of an e-collar I would look to people who are training dogs to perform at competitive or professional skill levels, trainers like Denise Fenzi and Steve White, to name only two of the many who are out there working with dogs. The way it is done is by arranging antecedents, managing the economy and providing positive reinforcement as consequences in a skilled manner.

Please do not feel that you need to respond to this post publicly. My goal is not to single you out, insult or shame you. I just thought that it was a worthwhile question to answer, even if you were only trying to “get my goat” or sell something. Ultimately we all have to make choices about what we are willing to do to an animal to get the behaviors we decide we need or become skilled enough to get using the least amount of invasiveness.