Subscribe to Our Newsletter
By fearfuldogsPublished On: July 2nd, 2013 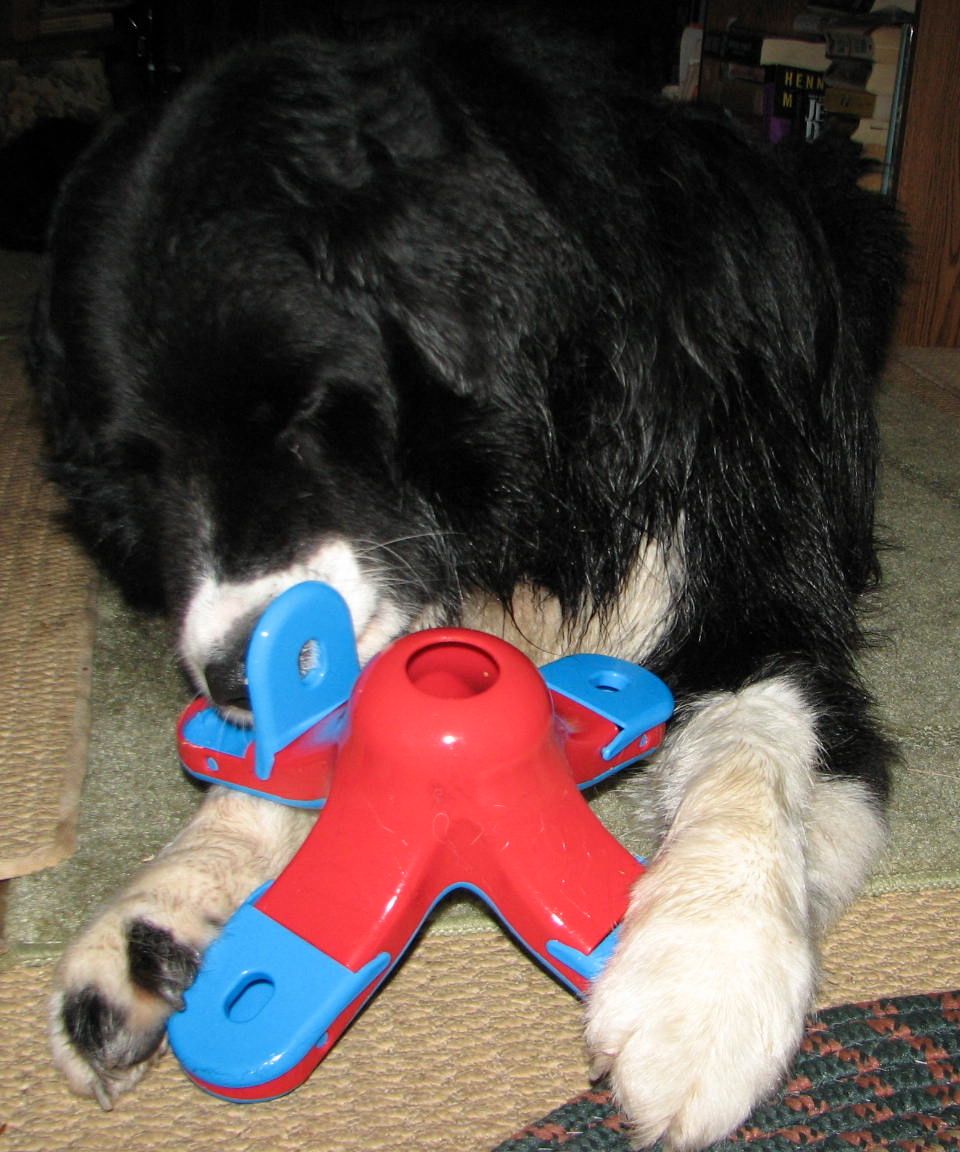 We are familiar with the experience of living with an aging creature and being caught by surprise when we realize how much they have changed before our eyes. This routinely happens to me when I look in the mirror, “When the heck did THAT happen?!” The same thing can happen with our fearful dogs. Their progress can be so slow that it’s difficult to notice until we take a step back and look.

It’s not unusual for people to tell me that their dog is either not interested in food or in playing. This may be an indication of a dog who is not feeling well physically, or emotionally. A fearful dog needs to know, without a shadow of a doubt, that they are safe in order to begin to experiment with new behaviors. A dog who feels under the weather or is in pain may not be interested in doing much of anything except protecting themselves from a perceived threat.

During a consult with a caring owner of a fearful dog it was clear to me from her description of the dog’s behavior how much he had improved. He had gone from being aggressive toward the man in the house, to actively seeking him out during storms to snuggle with. One of the safest bets we could make is that a fearful dog can become an aggressive dog unless handled appropriately. That this dog did not escalate his aggressive behavior toward someone in the house, and actually began to seek him out when feeling frightened, is no small feat.

One concern the owner had was that the dog often seemed sad or depressed and with further questioning we discovered that he had not had the opportunity to play with food toys. They either scared him or appeared to be of no interest to him. We began to explore ways to change this. It may be safe to say that the dog WAS feeling sad and depressed and along with medications we could try to make changes in his brain so that feeling happy and enthusiastic was easier for him.

Our goal is to get him to work on getting food out of a stuffed Kong. As with any behavior we want to teach a dog, we break it down. If the dog showed wariness about the object itself we’d start there. There are a myriad of ways we could eliminate his concern about a novel object. There was another dog in the house who displayed resource guarding behaviors so leaving Kongs around for the fearful dog to get used to, wasn’t an option. The owner had been playing targeting games with the dog so one suggestion I had was to smear baby food or something tasty on the Kong and letting him lick it off after performing a cued behavior. Or the dog could target the Kong for a treat. Once the Kong no longer seemed scary to the dog, a few bits of yummy food, that would fall out easily, could be put into it and then given to the dog.

This may seem too simple to matter in the rehabilitation of a fearful dog, but it is the start of encouraging a dog to begin to solve problems-how to get the food. When a problem is solved we can expect that the dog will feel good about it, “SUCCCESS!” From here we can gradually increase the difficulty of getting at the food. I work toward being able to put a combination of dry and wet food into the Kong and freezing it. This takes longer for the dog to get the job of getting food out, done. Other games to try include hiding a bit of food under a face cloth or piece of cardboard for a dog who is unwilling to engage with novel objects.

Play provides a number of benefits that are worth working for.